Showing posts from July, 2019
Show All

This review contains spoilers. Yesterday is aptly named, because it offers absolutely nothing new. This is the latest Danny Boyle film, with a screenplay by Richard Curtis, of Four Weddings and a Funeral, Notting Hill and Love Actually fame (we'll come back to the screenplay later). Set in the present day, Jack Malik (Himesh Patel) is a struggling musician who often sings and plays guitar to indifferent public audiences at pubs or piers. However, after Jack is hit by a bus during a mysterious brief global blackout, he discovers that no one knows who The Beatles are, after playing 'Yesterday' to his friends and his manager/childhood friend/love interest Ellie Appleton (Lily James). He begins performing their songs and passes them off as his own. Following a performance on a local TV channel, Jack attracts the attention of Ed Sheeran (as himself), who invites him to play as the opening act at his gig in Moscow. Sheeran's agent Debra (Kate McKinnon) invites Jack to
Post a comment
Read more 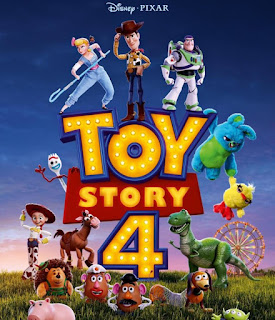 This review contains spoilers    I'm a bit late to the party... but I did it. I finally got around to watching Toy Story 4 and it lived up to my expectations. If I had to pick one word to describe it, it would be "unnecessary". But hey, those new Woody/Buzz Lightyear/Bo Peep/Forky (shudders) toy action figures aren't going to sell themselves without a decent 100 minute-long advert. Although the first scene of Toy Story 4 takes place "nine years earlier" to establish what happened to Bo Peep (who didn't make an appearance in the third film), there is no clear indicator of the amount of time that has passed since Toy Story 3. We can only assume Toy Story 4 is set not long after Andy donated his toys to Bonnie, as she is only just beginning kindergarten in this film. Woody, who is often left in Bonnie's closet while she chooses to play with the other toys, feels aimless and clearly isn't over being one of Andy's favourite toys.  Bon
Post a comment
Read more
More posts